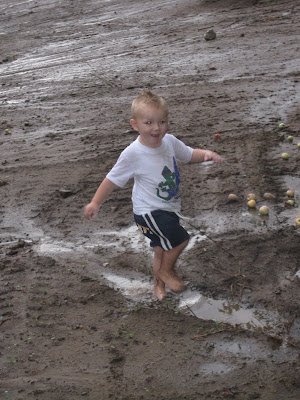 Jason, Dad, Trae, and Elliot went down the river in the canoes to catch a few fish. Of course, we stayed home from the catfish races because it was storming, so we should have expected them to get stuck in the storm... 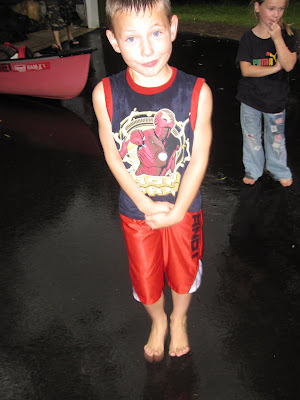 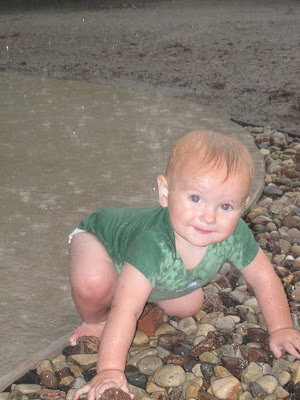 While we waited for Mom to go pick the guys up...Archer and I decided to sit on the porch and listen to the rain. Except he wanted to play in it, so I let him. 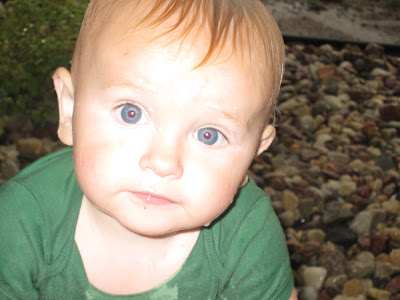 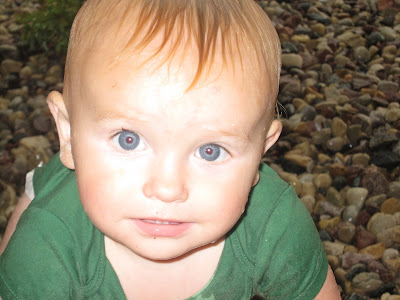 Later on we tie died t-shirts for my nieces hippy birthday party, and I tackled Elliot and yanked his tooth out.
What...? Oh, that. Well, he had a really really loose tooth and he wouldn't let me pull it. I told him he could tackle me if he wanted, and he came at me in a flying leap. I tackled him instead and popped the tooth out real fast like. He was super mad, and wouldn't look at me for the whole night, but then he kissed me goodnight so I guess he forgave me. He said he didn't like how it looked, and we assured him it would look different tomorrow....and it did. Now he thinks he looks cool. Also, the one I pulled out had a cavity in it. Must've been mothers intuition ;)
written and illustrated by: Amber at 3:14 PM 4 comments: