Mom: GET ON MY LAP RIGHT THIS SECOND!

So the little girls climbs on her lap really nicely, still holding her Highlights magazine and pen.

Mom: pushing the little girl off her lap onto the floor...GET AWAY FROM ME UNTIL YOU CAN TREAT ME NICE....NOW YOU LOOK YOUR GRANDMA IN THE EYES AND SMILE AND SAY HI.

Mom: Tell her! Now! I guess i'll look at my own magazine and not do yours with you you little imp...

Little girl: Slapping herself up and down her arms and flailing about.

Mom: You STOP THAT right now!

Little girl: Punching the air and flailing and finally sitting with her arms crossed and pouting.

I suppose it's none of my business, but I really wanted to tell her that maybe if she talked to her daughter like she was human she'd act like one. It made me think of Brookelyn and made me sad for the little girl...and really? She just seemed to despise the poor thing. In case you were going to comment on it...the little girl seemed very normal and functioned appropriately for her age and so forth until her mom started berating her. I realize that sometimes there are reasons that we need to be hard core and everything, but I really believe that this so called mom was just not nice and there wasn't really any excuse for her behavior. She was acting out...but she was being perfectly good just reading her book until her mom shoved her off her lap annd went into one...

I'm not trying to rant it out here...I just have to get some of this negative energy gone so I can get some kind of sleep after battling a migraine through the night last night and most of today.

written and illustrated by: Amber at 8:53 PM 6 comments:

Everything you'll ever want to know... 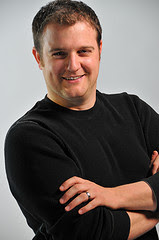 For all you photography and videography buffs out there, I just wanted to give you a link to some informational videos done by EOS Lighting, that can give very in depth insight on how to set exposure and white balance as well as discussion on lenses, composition, and depth of field. If you are more into the video aspect, there are videos on focusing, zooming, and recording audio for video on your video camera. They have videos on a very interesting concept called Chroma Key that I urge you to check out...it's pretty awesome.

...and if it's not there, just e-mail my friend Stephen, and he'll get right on that.
written and illustrated by: Amber at 9:46 AM 6 comments: