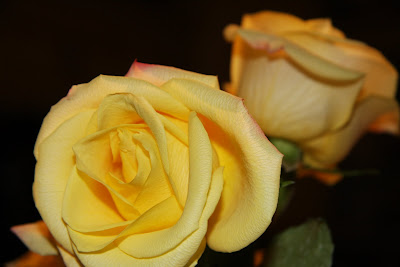 I got roses from my mom for Mother's Day...there were 5, but I loved this shot. 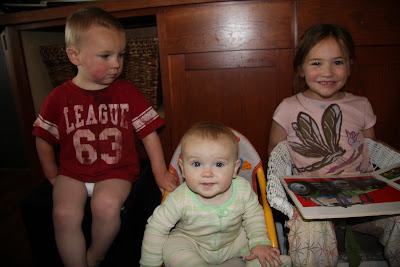 Playing meeting...Archer throws little protests now to be able to play with the kids :) 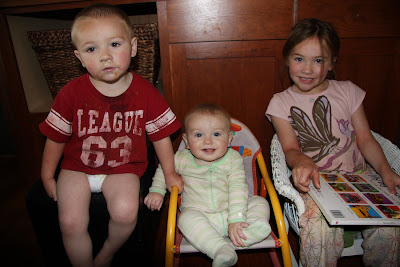 Another cute one, but Trae has major boogers. (blow it up now to see for yourself!)
written and illustrated by: Amber at 10:51 AM 4 comments:

I ran into the store last night for milk and ran into a drunk dude headed for the liquor aisle. he reminded me of a scruffy Hugh Jackman and had a swagger that told me Tada!! he's drunk...I was blocking his path to booze so I smiled and tried to maneuver my cart around him, but before he'd let me through, he rested his hand on my carts and peered in.

He totally was hammered and decided to wait for me and the guy behind me rather than go in the lane that had no waiting and kept trying to make eye contact and conversation. I wasn't in the mood though, to have a conversation with a drunk guy, and I think that hitting on someone who just told you she has lots of kids is tacky. I suppose it was the booze.

Anyhow, I decided to pretend to talk on my cell phone and wait for him to come out to see if he was going to drive. I picked out the car I thought suited him (a big old Crown Vic) and sang along to the radio with my phone up to my ear so he'd think I was actually talking to someone and that's why I was still there. (I totally think detective work rocks) He came out and walked to the trunk of the big old boat that I thought he would, and fumbled with his keys trying to look suave but not managing that because he was too sloshed to even walk straight. In case you are wondering, he bought Vodka, Lipton Iced Tea, celery, and milk. Ahem...puts his stuff in the trunk, which really? why not throw it in the back seat rather than spend minutes fumbling for your keys to unlock the trunk, unless of course you are trying to eliminate the temptation of drinking while you drive.

Of course he would drive a huge freakin' boat so that when he hits someone, he makes sure to kill them, all the while protecting his dumb ...

Anyway, I think drunk drivers are scumb. Anyone want to disagree with me...?
written and illustrated by: Amber at 7:00 AM 6 comments: