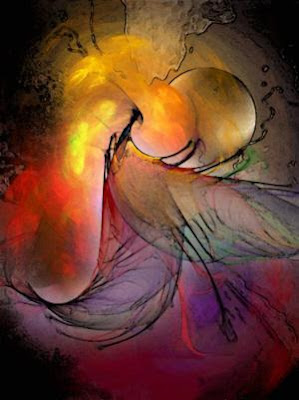 Your result for What Your Taste in Art Says About You Test ...
Non-conformist, Visionary, and Independent
23 Abstract, -7 Islamic, -19 Ukiyo-e, 10 Cubist, -17 Impressionist and -27 Renaissance!
Abstract art uses a visual language of form, color and line to create a composition which exists independently of what may appear to others as visual realities. Western had been underpinned by the logic of perspective and an attempt to reproduce an illusion of visible reality. It allowed the progressive thinking artists to show a different side to the world around them. By the end of the 19th century many artists felt a need to create a 'new kind of art' which would encompass the fundamental changes taking place in technology, science and philosophy. Abstract artists created art that was diverse and reflected the social and intellectual turmoil in all areas of Western culture.
People that chose abstract art as their preferred artform tend to be visionsaries. They see things in the world around them and in people that others may miss because they look beyond what is visual only with the eye. They rely on their inner thoughts and feelings in dealing with the world around them instead of on what they are told they should think and feel. They feel freed from the tendancy to be bound by traditional thought and experiences. They look more toward their own ideas and experiences than what they are told by their religious upbringing or from scientific evidence. They tend to like to prove theories themselves instead of relying on the insight or ideas of others. They are not bound by common and mundane, but like to travel and have new experiences. They value intelligence, but they also enjoy a challenge. They can be rather argumentative when they are being forced or feel as if they are being forced to conform.

I went to a 70's theme party this weekend, so tomorrow you'll get to see me in my hippy clothes. Peace out....Goodnight.
written and illustrated by: Amber at 9:25 PM 3 comments: