Morning fans, it me Archer... 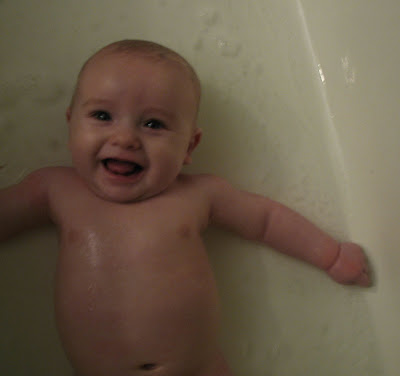 Oh my goodness...!! I am super duper excited to tell you what I did to my mommy this morning. Can you hear my squeals of excitement where you're at? Well, I woke up at 6 am and begged and pleaded with my mom to get up and hold me. She finally did, but man did I have to be persistent. She wiped her drool, thank goodness, because I didn't want her drool on me, thankyouverymuch.... She sat me on her lap abouncin' me because I kept farting and fussing and carrying on. I almost forgot to tell you guys! I only pooped like twice, maybe yesterday, and you know how I am about my poops. If I don't go at least every feeding, I'm not happy. So finally I got all the farts out and then I squirted and squirted. My mom was all, "Oh my goodness, you feeling better...? Poor little guy." And the whole time I'm thinking, okeydokey mom, you have no idea...

She decided she better get me changed before I got a rash, and did I spring a surprise on her. I had pooped clear up my back, and out both sides of my Pamper. So much for these not leaking I heard my mom say under her breath. It was pretty hilarious when my mom noticed she had poo on her pants and her sheets, oh, and her hand! And I got what I wanted, a bath! That's how delighted I was, up there in the picture. Usually I can't get baths by myself because my brother always climbs in and splashes me. I thought that was a really good trick to play on my mom, but now I'm just really tired...yawn. 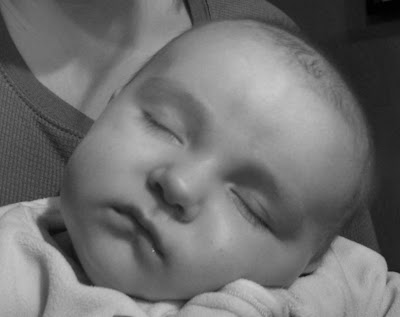 Ha, this is the little stinker after the explosion. He thought he was funny until I got out the booger sucker. Who's laughing now?

written and illustrated by: Amber at 7:00 AM 13 comments:

I finally decided to choose a prompt...

Mama Kat does writers workshop on Wednesdays. She provides the prompts, you provide your story. This is my first attempt.


The Prompts:1.) Tell us about a memorable blind date.2.) Other than the birth of a child or your wedding, write about a joyous moment. 3.) Write about one of the most difficult decisions you have made in your life.
4.) Share the best picture you took last month and explain why it's your favorite 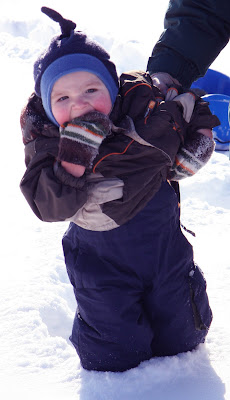 I take a lot of pictures in a month, but as I was going through them all to choose 1 for this writing, I barely recognized my chubby baby boy. You see, he turned 2 on the 11th, and it seems like he's changing so much so fast. Now, I do realize there really isn't a "magic button" that turns them into bustling talking sassing cute as a button toddlers, but it does seem that way. My little baby has started talking in sentences all the time. Instead of Nuk...? he says "Mama, nuk go...? Instead of Elliot...? Bammpaa...? He says Elliot bus...? Grandpa work...? I know I posted this already, but yesterday I showed him a picture of our new president on Elliot's weekly reader and just for kicks asked him who it was. Usually he'd say Elliot! Then I'd say "No, who is that...?" and he'd scream 'Bammpaa!!" What the little stinker said yesterday was "Babomma!"

Back when this picture was taken during our 3 day New Years celebration, we (my dad) had this idea to take the kids on a nature hike through the trees and ending atop a big mountain. (which really was the dirt they pushed back to build their house) We started out by taking a picture at the beginning and then we (they, while I photographed) did jumping jacks and stretches and side bends to prepare themselves for the long journey. Elliot led the way with Brookelyn in hot pursuit and Trae in the sled pulled by uncle Tony. I'd put money down that if we were to re-live this journey today, Trae most certainly would not be riding in the sled. No matter that the snow was knee deep on me, he'd be trekking his OWN way across. (and probably wouldn't sink like I did) Now that he can speak for himself, he does. Now that he knows he can make his own path, by golly, he's going to.

And even though this mommy thinks her baby's grown so fast, she's happy because she's loving the little boy he's grown into.
written and illustrated by: Amber at 6:13 AM 4 comments: