House pictures per Marsha, and a few randoms. 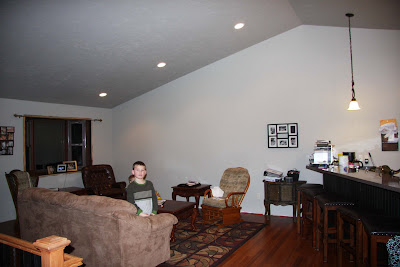 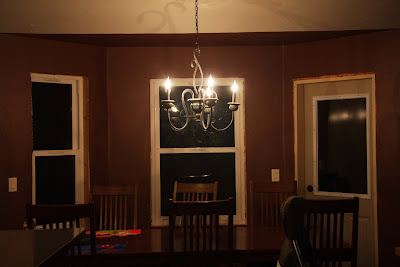 My moron computer is rebelling, so as much as I'd like these pictures to be in a specific order, it's not in the cards tonight. Here is the painted space. Ta daaa. Viloa. Dumdumdaduuum.....you get the drift. 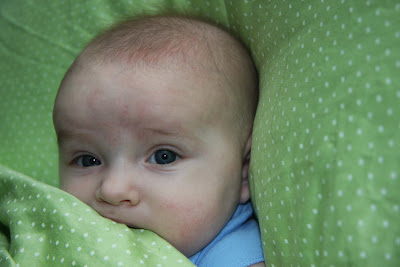 Archer loves our new sheets, as do I. 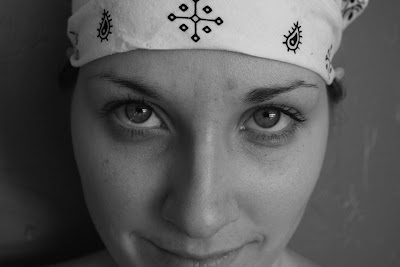 All I am is just a housewife, nothing special, nothing great....what it is is very boring, what it is is just my life. ~from the musical Working that my sister was in in middle school. Incidentally, this is the first "self portrait" i've done since I added to that thing called My Resolution List. 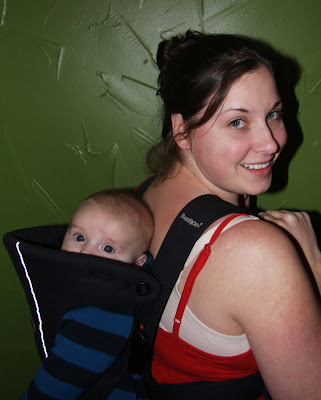 If only I could get him in and out this way on my own..he loved it. We can only ride this way when Daddy's around to harness us up. 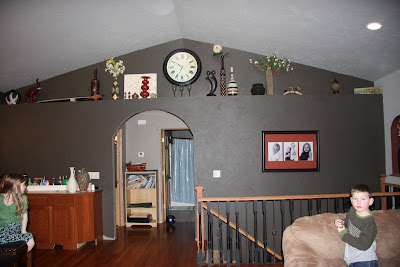 My amateur video was craptastic, so says Marsha...well those are my words not hers, but she implied it sucked, so by request I took pictures....I promise thats the last time today i'll use that phrase;0) Have I mentioned how much I loathe migraine headaches? Oh, I loathe them big time. Hate is a strong word. I hate migraines. Hate them.
My pictures are taking for.ever. to upload.
So today, Elliot came home and told me Caiden wasn't in school because he had his attendance out....that would be appendix, for those of you having a hard time with that one....
written and illustrated by: Amber at 7:06 PM 5 comments:

I hate Monday mornings. Especially following Sunday nights where I've been woken at least a hundred zillion times by my two youngest sons. Trae was running a fever and flopped around and flopped around and drove me insane with all the flopping around. I suppose thats why the baby kept waking up, but when I'd put him in the swing, it lasted all of 30 minutes and then he was up again. I'm sure my husband has some far fetched story in his head of me going "UUUUAAAGGGGHH" in the night and "Are you kidding me....? Go to sleep!" but as you all know, that's nothing like me and it so did not happen.

Compliments of my sweet, hardworking, loud when he gets ready for work and wakes all the kids up husband, all the kids were up around 6. He kissed me goodbye and assured me Brookelyn said she'd watch Trae. Riiiight. So I lay in bed, nursing my little guy and trying to talk myself into getting up. Elliot and Brookelyn were arguing about some stupid art box or some such thing, and I kept saying form the bedroom that they needed to share the art supplies. Finally I asked Elliot to get in the shower. Then I asked him again. And one more time. Finally, I told him to come here, swatted his butt and lo and behold he took his shower pronto. He carried on and on and on though. Trae kept saying "Eyiit nawny too?"

You know whats super special? The 2 older kids have taken to talking like babies. I try to ignore it, but on the same hand, its not helping them to talk like babies. When they told me they were talking like that for Archer, I told them that it's unhealthy to talk baby talk to babies because then they don't learn how to say words correctly. It didn't work, so when they start the whiny baby talk to me, I talk to them that way. They hate it too. "Mama, pease dit me some miwk....I firsty." Annoying.

I'm a little concerned about keeping them quiet for when the workers are here the next few days....

I think I'll have to schedule a nap in today.
How's that for a craptastic post?
written and illustrated by: Amber at 7:51 AM 7 comments: