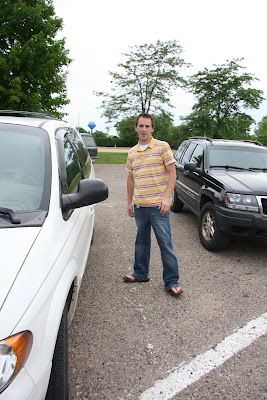 I can't believe I forgot these the first time around...this is the moment he realized he was going on the blog. I think he's saying "...whatever...." 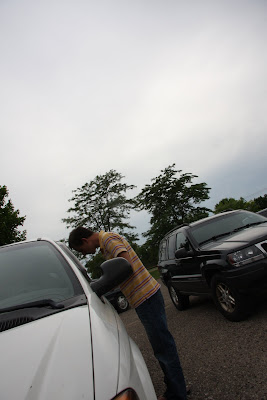 and then he tried to get in through the window, and when that didn't work, he tried pulling this window shield removing maneuver, to which I asked "what, you can just remove the wind shields to get in...?" He thinks i'm hilarious.
I did get an official statement on why he locked the keys in the car after I got the video camera out, but I don't know how to upload videos from that camera, and besides I look more like an idiot on it than he does:) 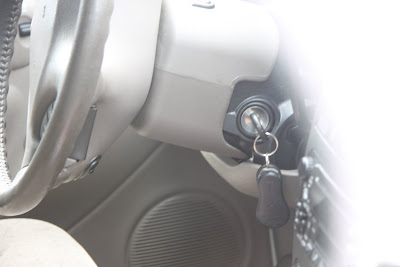 Long story short: We ate in the car and everyone hopped out. I assumed he had the keys because he drove, hit the lock button and slammed the door. Then I realized that I forgot the video camera and asked him to open it again. He said they were in it, pretending to pat his pockets, but the look on his face was more of a "at least I hope they are...where ARE they?"
Well, they were in the van, along with the other set that was in my handbag, and my cell phone. I told him he better go find a phone to borrow, but he didn't because (after asking him what he was waiting around for) he "thought I might know somebody. In other words, he just didn't want to ask a complete stranger to borrow the phone, and I'm better at those awkward things, so he passed the buck to me. I suppose I should know how he hates this stuff by now and just volunteer off the bat...so I did. I was like "you know what, I got this...." So I walked up to some very friendly dude with a mullet and he said it "was all mine" like he was nervous or something. Luckily in Clintonville, the police open cars for free...so I called my friend for the number and then the police. 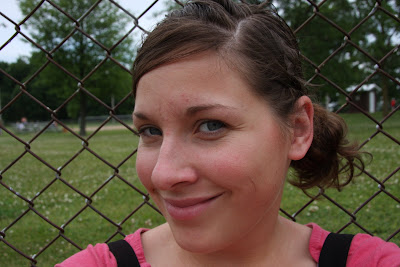 This is me grinning and bearing it while waiting against the fence for the policeman. Also, I know I look like a moron in this picture, so heres me looking like a moron :) 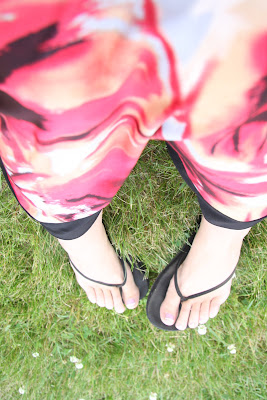 I have to admit I got a little bored waiting...but he showed up relatively fast. 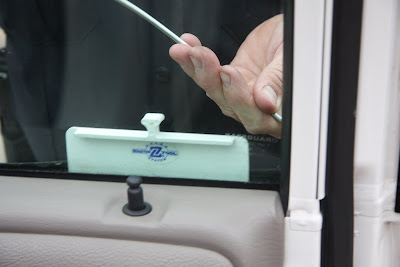 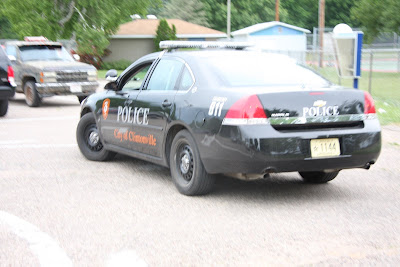 ....and was on his way. I didn't have to miss even one second of his very last game of the season:)
written and illustrated by: Amber at 9:54 AM

:)
lucky it was free and no kids were inside! I had to pay $30 (for a 5 second job). According to the state trooper I called - all he would do is break the window. The truck stop in town would actually unlock the door for a small fee.

Glad I could help!