1. I am deathly afraid of wood ticks and leeches.
2. I don't like to swim in lakes, ponds, rivers....we have a pond and no one has ever swam in it.
3. I've recently had a longing to move to Colorado. Obviously it's my hormones.
4. Speaking of those, I have been really emotional lately. I'm not one to show my emotion despite being pregnant, but I was telling a story and broke into tears. To be fair, Marsha and I were talking about how hard Pam seemed to be taking Kimber's graduation. We were talking about a song that Miley Cyrus did with her dad, and then I had to go and bring up the song "I loved her first" My friend had this for the father/daughter dance at her wedding, and each time I heard it after she played it for me, I'd sob.(if I was alone, I was pregnant with Trae at the time...) I asked her is I had told her the story about what Jason said when we found out we were having another boy and Brookelyn would be our only daughter. *I broke down here* Then when I got my bearings, I finished the story. He said that if we only had one daughter, he'd only have to give one away. He had tears in his eyes, but of course won't admit it. I thought it was sweet and I'm looking forward to special outings with her....
5. I can get off on a tangent.
6. I really appreciate it when I hear from someone I haven't heard from in awhile...I try to keep up with everyone, and it feels good when someone seeks me out.
written and illustrated by: Amber at 8:30 PM 2 comments:

Here are some more pictures of our weekend....I forget to mention that Trae got a hold of a stray q-tip and put it in his ear. He screamed, and when I pulled it out, it had a tiny amout of blood on it. That was Thursday night, and he was fine. Friday, he woke up with blood pooled in his ear. I called his pediatrician, and they recommended that he be seen. I took him to an Urgent Care in Eau Claire,ct and they said it was scabbed in there, so they really couldn't tell if he had perforated his ear drum or just scratched it. He did have an ear infection in the other ear, which I suspect never cleared up when he had it a month ago. Probably the reason for the poor sleep....he never had a fever though, so I thought if he did have an infection yet, he'd get a fever. He is sleeping better now he's on antibiotics, and that made 3 trips into the ER or Urgent Care for the week. So far, no more problems with his ear, but I have to take him in when the antibiotics are done to make sure it healed properly. I don't know what the next child is in for, Trae gets hurt more than any of the other kids, but it does seem to get worse with each child. Hmm, is it that the parents get less paranoid or the other kids teach the little ones dangerous things?? I don't know...most people comment on my being over protective, but each time someone gets hurt I feel like an inadequate parent. 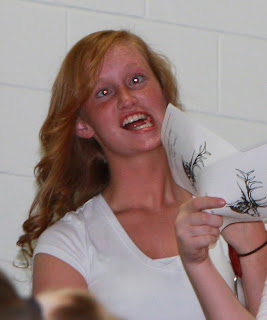 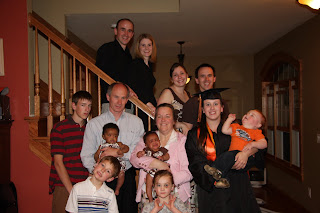 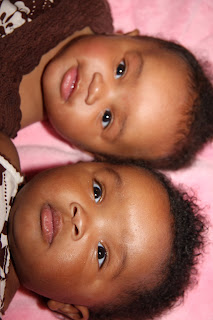 My cute little neices
**This was the right way before I posted it...I do know how to rotate photos:0) 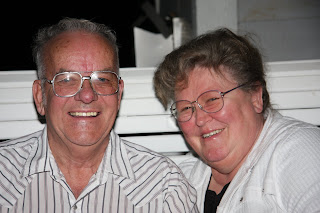 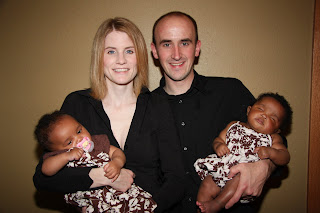 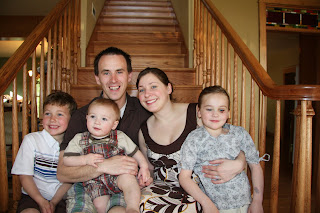 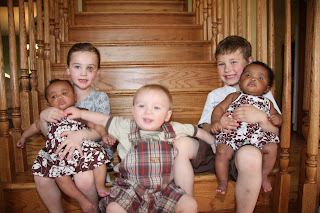 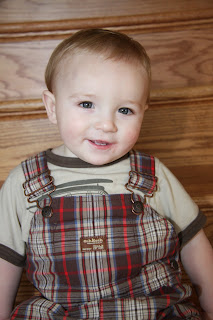 Traeman
written and illustrated by: Amber at 7:10 PM 6 comments: