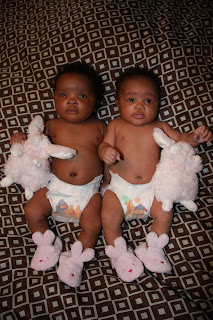 With nothin' but our slippers on...we never looked so beautiful, mommy as we do now, now that we're with you. 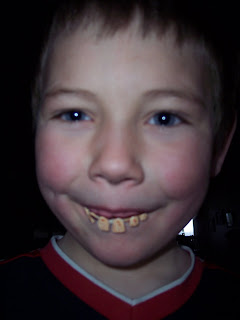 Elliot's before braces picture. He'll need them for 2-3 years, hopefully it will take care of his overbite. 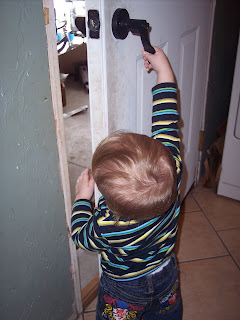 Trae's new trick...opening the door into the garage. We have to lock it now...

Okay, so the picture of Trae shows up on my post in code, but when I publish the post, and then veiw my blog, it shows up! Problem solved. After downloading it 4 separate times. Which only takes 15-20 minutes each time. Cute though. I love this hat, and he loves this step ladder, so I got him to stand still long enough to take the shot. Actually, I think this is the last of, say, nine that I took.
written and illustrated by: Amber at 11:28 AM 2 comments: 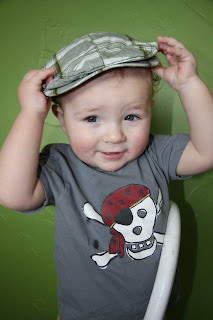 I am attempting to post pictures again...lets see if it works this time!

Nicole and I went to Appleton last night. She had to search for dresses for her bridesmaids, I had to go grocery shopping. We also scoped out some wedding rings, as they are going Saturday, and she wanted to get an idea in her head of what she wanted. She ended up putting 2 rings on hold,(one for him, and one for her) so it may be a short trip for them. We ate at Perkins and ended at Woodmans. The only thing I have to show for my effort is a bunch of groceries to haul in and put away at 11pm.

By the way, I read Dulcie's book, It Takes Moxie, and I loved it. I read it in a day, so make sure y'all check it out. Her pen name is Delia DeLeest.

Trae has been mixing the following combination lately....
1 Naked little boy...he takes his diaper off every chance he gets &...
Diarrhea.
When he stayed at Mom's while I was at Nate and Marsha's, he got his diaper off and went running through the house...run-squat&poop-run. My mom was chasing him, trying to get the situation under control, after it was all said and done, he had pooped 3 times!

Yesterday, the kids got spring fever and played outside, since Elliot had off school. Brookelyn ran into the house and said "Mom, some bad guys stopped and said...' I rushed outside because Elliot was still out there. I told him to get in the house NOW just in time to see 4 kids pedaling away on their bikes. I had seen this group of kids up the road a bit earlier on my way home, and thought to myself "I wonder what kind of trouble their getting into" because they looked all guilty when I drove by. Anyway, after I had the kids in the house, Brookelyn elaborated that the kids had stopped and asked them if they wanted to smoke a cigarette. They said "No thanks" and then the kids told Elliot he should start his sister on fire. I was blown away...first of all I thought they were safe in the yard, not that I don't check on them periodically, but it makes me irate that I have to worry now that these punks will be around here harrassing my kids. Secondly, it is just sad that they would even have the idea to start a little girl on fire. The one kid Elliot recognized and he rides his bus, which means he's in 5th grade or lower. If I see these kids again, I plan to intimidate them by telling them the next time I see them around, I will contact the police. I may even snap a picture of them, that way they'll make sure to steer clear of my house. I explained to the kids that if anyone ever comes by the house to run in as fast as they can until we can find out who it is. I also told them to never ever smoke, which they adamantly stated they never would.
written and illustrated by: Amber at 11:01 AM 2 comments: